Broadcom to buy VMware: What’s next for VMware customers? 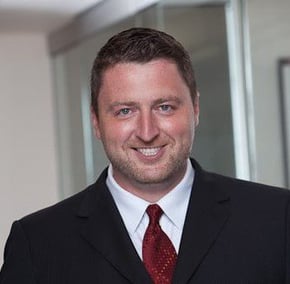 Since Broadcom announced it was planning to purchase VMware, analysts including Gartner have been fielding concerned calls from customers. What plans does Broadcom have for VMware products? How soon will the deal be finalized? What should VMware customers do next? We’ve put together what we know about the deal and provide some helpful suggestions if you’re impacted.

Broadcom announced plans to buy hypervisor platform vendor, VMware Inc, for US$61 billion on May 26th this year. Once the deal is finalized, Broadcom says it will rebrand its Broadcom Software Group to operate as VMware and incorporate existing infrastructure and security software solutions under an expanded VMware portfolio.

Since the announcement VMware filed a document with the SEC stating that the ‘go-shop’ period which allowed VMware and its representatives to solicit and enter into negotiations with parties that offered alternative proposals, had expired on July 5th. It said that the transaction with Broadcom was expected to close in Broadcom’s fiscal year 2023, ‘subject to regulatory approvals and other customer closing conditions, including approval by VMware’s stockholders’.

If all goes to plan, the deal should complete by the end of October 2023. Whether that will play out will depend on more recent reports that EU is planning to launch a lengthy in-depth antitrust investigation.

What does it mean for VMware customers?

Whatever the timeline, reports show that VMware customers are concerned that this deal will mean a lack of innovation in the platform and price rises on the horizon. And those that have invested heavily in VMware’s portfolio, are wondering what happens if some product lines are for the chop.

451 Research conducted a digital pulse survey of several hundred enterprise leaders to get their take. 40% expressed negative views about the deal. Those holding the strongest opinions were organizations that identified as existing customers of both Broadcom and VMware – of these 56% held negative views, with 27% citing very negative impressions. It confirms that lack of innovation is the primary worry, alongside the lack of obvious synergies between the companies and the impact on software licensing terms and conditions.

‘Customers feel the deal will hurt innovation in the platform’

While the shift to subscription licensing was already underway at VMware, Broadcom has publicly stated it intends to pursue a rapid transition which may not appeal to all existing VMware customers.

Broadcom has been talking with customers to explain more about the benefits this deal will bring them and stated in a recent blog post that it didn’t want to change VMware’s ‘vibrant ecosystem’ and it was for that reason, that it had decided to rebrand Broadcom Software Group.

Only time will tell what will happen following the close of this deal, but if we can learn anything from history, we should look to previous Broadcom acquisitions. Its 2018 acquisition of enterprise software and services provider, CA Technologies, saw it sell off the cybersecurity software SaaS platform, Veracode. Following the purchase of Symantec in 2019 Broadcom promptly sold off the Cyber Security Services business to Accenture.

What are customers’ choices

If you are a VMware customer, you can, of course, wait to see what steps Broadcom takes following the deal closure, but your decision may be dictated by your contract renewal date. Whatever the timeline, it’s prudent to put in a place a contingency plan, so that you can move quickly if you need to.

If you choose to migrate there are three options:

Note: one factor in choosing a new hypervisor platform is to ensure the new platform supports the OS your enterprise is currently using.

If you make the decision to migrate away from VMware, you’ll need to know the following:

It’s likely that VMware’s competitors will try to tempt you with deals, but what would a transition entail?

As with any IT change program, to understand what is running over your VMware platform, you are going to turn to your application lifecycle management tools such as ServiceNow. You’ll likely need to consult more than one of these tools and aggregate the data into a single spreadsheet for analysis.

You’ll then need to identify and survey application owners about usage – and understand whether any apps can be removed ahead of the move. Then with those decisions made you’ll need to use dependencies to map out a migration path, ensuring that everything is moved in the right order so that nothing breaks. Then you’ll need to work out when to schedule the migration by surveying business leaders to understand critical business times.

This can all be very daunting. Because your disparate tools don’t interact, you’ll have to bridge gaps with manual processes. It’s going to take time and so when you are ready to begin acting on your data, it could already be old. If there’s no clear data on application ownership that could add extra time to your program and mapping out a readiness path based on dependencies will be a hit and miss affair.

Use a digital platform conductor to cut migration risk

If that all seems too much of a challenge, there is a way to make the move from VMware, without adding risks and that’s by implementing a digital platform conductor (DPC). Using a DPC you can connect to and orchestrate all the tools you need to access data from. A DPC will aggregate the data they hold in real time and apply intelligence to automate analysis so that you can easily see what you have running over your VMware platform. Using a DPC you can make intelligent decisions about your estate and leverage tool automation to cut the time and effort of migrating from VMware. This includes:

If you’re planning to move from VMware, book a demo with ReadyWorks to understand how to streamline the process and reduce the risk, time and effort of your migration.

8 Ways IT Can Deliver a Great End User Experience